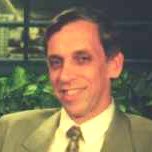 Mr. Kennedy is a third generation Certified Public Accountant. A Rowan University graduate, he holds CPA licenses in Pennsylvania and New Jersey and is also a licensed Chartered Global Management Accountant (CGMA). Working in public accounting for most of his career, he also gained valuable tax expertise in the following roles:

Mr. Kennedy is also recognized as a real estate investment and tax expert. He has appeared on television and radio and has written numerous trade and newspaper columns on a variety of tax and accounting topics. In addition, he is also a member of the American Certified Fraud Examiners, and both the NJ and Pennsylvania CPA Societies.

Jim and his wife live in Cherry Hill, NJ with their daughter and her pet fish.

Click here to see an interview with Mr. Kennedy on accounting and ethics which was included in a college level accounting text book.

Mr. Gordon joined our firm in 2010. He is a licensed CPA, holds a BS in Accounting from Temple University, and adds value to our client base with over twenty years of expertise in all phases of individual, business, and estate taxation.

Mrs. Kennedy holds a BS in Accounting from Rowan University and has been with the firm since its beginning. Prior to that, she worked in public accounting with a regional firm and then in a privately held company as an internal auditor.

Mr. Nguyen began with us in 2009. He was a Charted Accountant in Australia and brings decades of experience in business and individual tax preparation and also in bookkeeping and QuickBooks usage.